Home » Only in SA: Mzansi cracks jokes about uses for the hazard button in car
Entertainment

Only in SA: Mzansi cracks jokes about uses for the hazard button in car

Almost immediately afterward, a social media user asked what a car’s hazard button is used for, and the jokes started.

No matter the culture or background, the common trait South Africans share is when the going gets tough, we crack a joke. 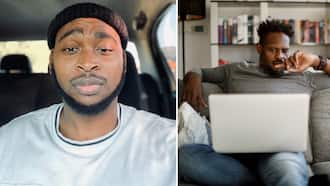 Almost immediately, users shared some of their hysterical comments – from memes to bad puns, South Africans have the ability to make jokes about their many problems.

“When off loading or picking up passengers it allows you to stop anywhere, middle of any intersection, can also be used when checking cell phone and you need to crawl holding up all the traffic, hazards allow you to do this.”

“It says potholes ahead.”

“In South African terms that button means many things. 1. Warn the driver behind you that you’re about to immediately stop in front of him. 2. Warn drivers behind you to slow down because of roadworks ahead. 3. Thank you for allowing me to pass. 4. I’m driving fast on yellow line.” 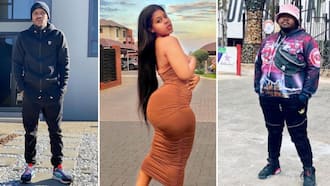 Nicole Maleka blasts exes Kabza De Small and Heavy K after getting married: “You guys can have your DJs”

“When you see a girl and want to talk with her.”

“Ah “The Bermuda Triangle Button!” Once pressed you go off radar and can stop anywhere, unseen by all authorities.”

“In Mzansi anything, everything and other things it seems.”

In a separate story, Briefly News previously reported on a chilling video showing a taxi driver veering all over the road and ultimately having a serious collision that left the cyber community horrified.

The clip was shared by Twitter account @crimeairnetwork and shows that the footage was taken by persons travelling in the vehicle behind the taxi. The taxi is seen veering in and out of the traffic lane for a while before it drives completely onto the roadside of the highway.

The driver quickly tries to get back on the road but crashes into an SUV in the neighbouring lane. The two vehicles collide into each other in the middle of the road, sending one man (presumably the driver) flying out of the taxi.

Microsoft Office Could Allow Malicious Code Execution Due to a Loophole

“Another Embarrassing Moment For NFL Officiating”: NFL Accused Of Being Rigged After Controversial Still Causes Massive Row On Social Media