The Real Housewives of Durban star has been owing the South Africa Revenue Service a staggering R2 million since 2020 and efforts to get her to pay have hit brick walls.

City Press reported that the late gospel star’s widow has failed to pay off the debt despite being given ultimatums by the taxman. The publication also noted that Ayanda Ncwane recently removed herself as the company’s sole director and added her young brother, Phupho Nkosiyazi Gumede. 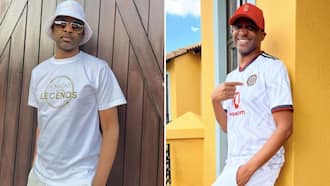 In April 2022, SARS reportedly gave the reality TV star 10 business days to settle her debt but she never responded. The letter sent to the star read:

“According to the records of the SA Revenue Service, you have failed to pay your tax debt for one or more tax years and/or tax periods. You are requested to make full payment within 10 business days from the date of this letter of demand.

“You may within 10 business days from the date of this letter of apply for any of the following remedies … compromise of a portion of the tax, where this will provide a higher return to the fiscus than liquidation, sequestration, or other collection measures.” 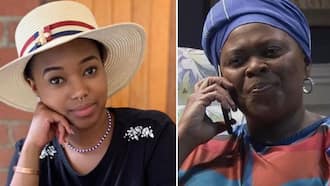 In more entertainment news, Briefly News reported that Babes Wodumo put up a brave front at the funeral of Mampintsha’s mother on Saturday.

There was great speculation that the singer was banned from attending the service following her public feud with Zamanguni Gumede.

The Wololo hitmaker spoke well of the deceased and said Zamanguni was like a mother to her because she gave birth to her late husband Mampintsha.

The Secret to Implementing Zero Trust? Developing a Business Case