Tinopona Katsande is one woman who has seen the height of fame and also experienced the rock bottom feeling of tumbling down that pedestal. Nevertheless, her story is a grass-to-grace story that is slowly regaining solid momentum towards popularity. She used to have whatever she wanted at her beck and call as she worked with one of the biggest radio stations in her home country of Zimbabwe.

Tinopona Katsande is a lot of things; she has dabbled in modelling, acting, disk jockeying, show hosting, and television presenting. But, apart from this impressive resume, the Zimbabwean puts her heart into giving back to her community. She founded charitable organisations and collaborated with other celebrities and brands to help the less privileged. 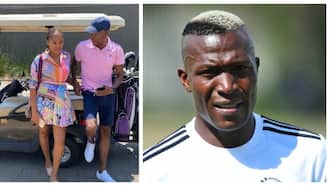 Meet Tendai Ndoro’s wife, Thando Maseko: Everything to know about her

Only one of Tinopona Katsande’s parents is known by name, and that is her father, Samson, whom their community members referred to as Chief Nyamukoho. He was a serial entrepreneur while also owning a veterinary clinic.

Moreover, among Tinopona Katsande’s siblings, only her brother Rukariro, who has been the stand-in Chief Nyamukoho since their father’s demise in 2021, is known.

Tinopona Katsande’s education has seen her garner an impressive resume as she attended different schools, including Murewa High School, Hillcrest College, and St. Johns Emerald Hill. In addition, she travelled to the United States of America, where she furthered her tertiary education. 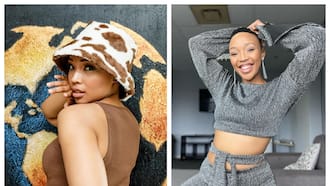 Who is Gaisang Noge from the House of Zwide cast? Bio, age, family, body, pictures, profiles

Tinopona Katsande’s modelling career shot her to fame. She began as a teenager after she emerged as Miss Mutare in 1997 before reaching the list of finalists for Miss Zimbabwe in the same year.

Her educational sojourn in California, United States of America, helped her hone her fashion and modelling talent, which granted her the opportunity to associate with various brands.

She returned home sometime in 1999 and immediately got an offer at AM Zimbabwe as one of their Zimbabwe TV breakfast show presenters. This work opportunity eventually paved the way for her to launch her career in acting.

She also worked as a disk jockey and on-air personality at ZiFM, one of Zimbabwe’s most prominent radio stations. Still, She was dismissed after a part of her dark past was made public by someone most people believe was her vengeful ex-boyfriend. 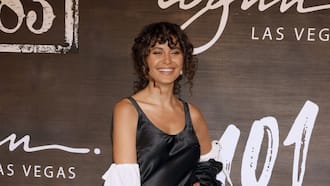 Her debut role in a television show was as Joyce Huni, one of the major characters in Studio 263, a local soapie that began airing in 2002. Another movie credit associated with Tin Tin was in a 2017 drama titled Kuchina the Genesis.

Tinopona started a School of Cosmetology, which services clients and trains interested individuals in arts. Nowadays, Tinopona Katsande’s business is selling eggs. Although some people mock her honest effort at earning a living, others, including her family, local politicians and celebrities, root for her. A social media user even believes that she may as well be on the verge of becoming a successful businesswoman like her late father.

Some of Tinopona Katsande’s facts surrounding her love life are not stories that ended well. She has been in a couple of relationships that have affected her mental health. Stunning MaMkhize house pictures and cars that will blow your mind

She was married to a former Bulawayo businessman and the Zimbabwe Saints Board of Trustees secretary, Sakhiwe’ Sakhi’ Ndlovu, who passed away in 2012.

At some point also, she reportedly married Virimai Chigariro in 2015. Still, the marriage underwent some turbulence due to the domestic violence that she suffered from her husband from time to time. This led her to file for her peace order protection with the Harare police force in 2016.

Another shocking revelation during this period was her husband’s sister telling the public that the couple only shared a mutual romantic relationship and were never married. They, however, share a son christened Yambuko NokutendaIshe.

The actress’s net worth was once estimated to be millions of dollars at some point, but it all came crashing after a career-halting scandal. She said she went from eating the tastiest meals at expensive restaurants to surviving on avocados planted in her backyard. However, in the financial sense, she is gradually finding her feet again. 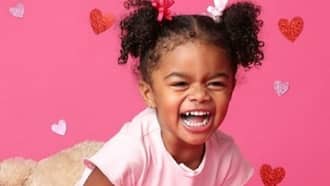 There are no verified social media accounts associated with Tin Tin Katsande. However, there is a certain account on Instagram with almost 11,000 followers that shares some of her pictures.

Tinopona Katsande has not let her troubles put her spirit down, and now that she has been recalled to the job she was dismissed from in 2013, her joy seems to be getting fuller by the day. She is determined to help women and girls in her society by focusing on the ills of domestic abuse, something she is familiar with.

Briefly.co.za recently discussed Sphelele Dunywa, one of the fast-rising musicians in South Africa. The Afro-pop singer is famous in the country as one of the co-founders of the prolific South African musical group Blaq Diamond. 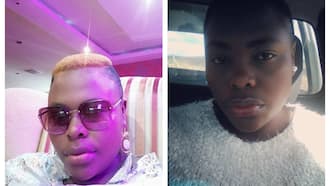 As published in the post, Sphelele is a singer, songwriter, and rapper and is best known for his stage name Danya Devs.

Can code just be ‘disappeared’ from the internet?