Disney Dreamlight Valley is now up for preorder, and it includes a bunch of digital goodies–including early access starting on September 6. The game is looking to be a family-friendly life-sim, letting you live out a fantasy life while surrounded by iconic Disney characters. It will launch as a free-to-play title sometime in 2023, but picking up a Founder’s Pack is a great way to get a jumpstart on the action. Disney Dreamlight Valley will be available in early access on PC, Xbox, PlayStation, Switch, and Mac.

Here’s a closer look at Disney Dreamlight Valley preorders and what comes with each edition. It’s worth noting that early access is only available to those who preorder or if you’re a Game Pass subscriber.

Since Disney Dreamlight Valley is going to be a free-to-play game, all of the Founder’s Editions listed below are essentially preorder bonuses. You could also consider the price of each edition as the cost to access the game early, and you’re getting a bundle of in-game content to use right away (and when the game officially releases) rather than buying content via microtransactions. So if you’re eager to go hands-on with the life-sim and don’t have Game Pass, be sure to check out the three packs listed below.

This is the most affordable Founder’s Edition available. It includes early access to Disney Dreamlight Valley along with the following in-game goodies:

Digital copies are available on most storefronts. 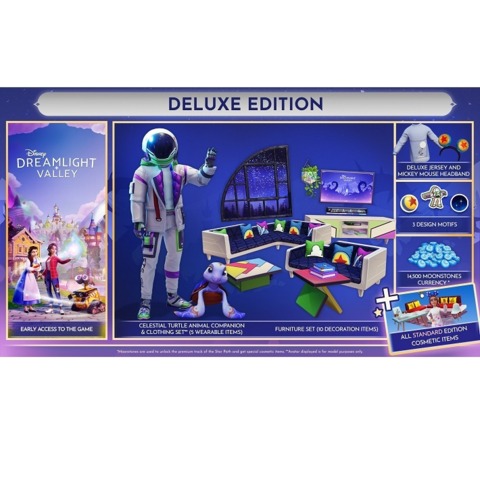 If you’re looking for even more decorative items to customize your little corner of Dreamlight Valley, consider stepping up to the Deluxe edition. Along with early access, you’ll get the following: 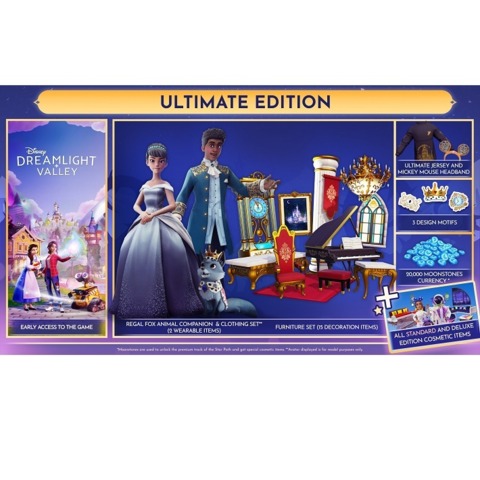 This high-end Founder’s Edition doesn’t skimp on content. As usual, this edition comes with early access to Disney Dreamlight Valley. It also includes every cosmetic item listed in the two bundles above, along with even more exclusives and extra in-game currency:

Disney Dreamlight Valley might not enter early access until September 6, but right now you can check out the Dreamlight Valley Avatar Designer Tool for free. This gives you a chance to create your character ahead of the game’s release–then port your creation over on September 6.

As for Dreamlight Valley itself, the game is billed as a mash-up between life-sim and adventure game. You’ll get to go on quests, explore iconic Disney locations, and meet up with a cast of colorful characters from both the Disney and Pixar universes. When you’re not out exploring, you’ll get to customize your neighborhood, cook up a culinary masterpiece, and equip your character with seemingly endless gear and clothing options.

GameSpot may get a commission from retail offers.

This Week’s Free Game Is Live At Epic, And There’s A Cool Bonus Freebie