After multiple delays, Square Enix’s upcoming action-RPG Forspoken is almost here. Forspoken releases on PS5 and PC on Tuesday, January 24. If you’re interested in Forspoken, there’s still time to preorder a copy for launch-day delivery. In addition to the physical edition for PS5, you can preorder a digital copy for PS5 or PC. Alternatively, you can splurge for the Digital Deluxe edition, which comes with a bunch of extra in-game content. Regardless of which version you preorder, you’ll receive preorder bonuses. Best Buy is even offering a free steelbook case to those who preorder.

The standard edition of Forspoken is available at Amazon, Best Buy, and GameStop. You can also preorder a digital PS5 copy of the game from the PlayStation Store, or grab the game on PC from Steam, Epic Games Store, and GMG.

Best Buy preorders come with a free steelbook case, and GameStop copies include a premium collectible cards featuring characters from the game. If you preorder the digital version on PlayStation Store, you get a batch of in-game bonuses including a crafting “starter kit,” and unique gear like the No Limits Cloak, Symbol Combo Necklace, and Trigger Happy Nails. Steam preorders come with the Elite Cloak, Spectra Combo Necklace, and Overlock Nails to equip in-game. 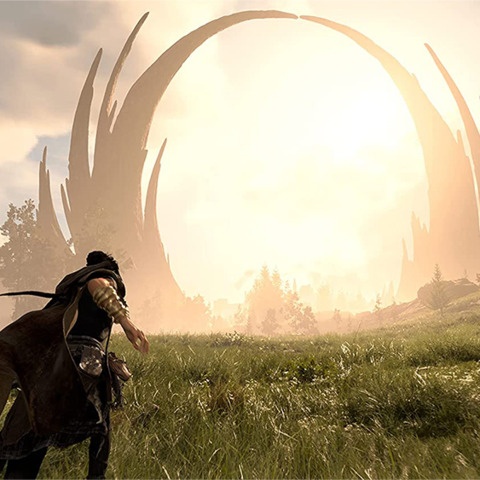 Forspoken’s Digital Deluxe Edition includes the base game plus a host of extra content like a mini digital artbook and digital soundtrack, plus the post-release DLC “In Tanta We Trust” prequel story planned for release shortly after the game’s launch. You will also receive early access for additional post-launch story DLC.

You can preorder Forspoken Digital Deluxe edition on the PlayStation Store, Steam, Epic Games Store, or GMG. Both versions come with the same in-game preorder bonuses as their standard edition counterparts, but PS5 preorders also include an additional rare resources kit to give you an edge in the early game.

Forespoken is an action-RPG set in a vast fantasy world called Athia. Players control Frey, a young woman who’s magically transported from modern-day New York city to Athia without warning. Not only is Frey thrust into a strange land, but she also receives special abilities thanks to a magical sentient bracelet named “Cuff” fused to her arm. Players use Frey’s powers to navigate sprawling landscapes with parkour-like traversal mechanics, sling spells at hostile creatures, and hopefully prevent a world-ending crisis threatening the world of Athia.

Phil Spencer: Xbox Needs “Steady Release Of Great Games,” Didn’t Do That In 2022

How to buy tickets for Madonna’s London concerts